What To Expect In Bankruptcy Court 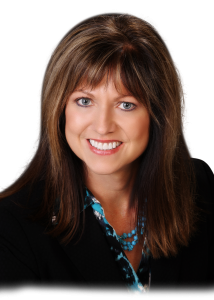 Bankruptcy is something that many Americans are filing for each year. Before heading to bankruptcy court, it’s important to work with a debt relief attorney to make sure the process is successful.

Declaring bankruptcy is a legal action taken by debtors, those experiencing overwhelming debt and financial difficulties. Once this declaration has been made, creditors cannot continue to take action against the debtor for outstanding debt.

Two ways to file bankruptcy as an individual are Chapter 7 or Chapter 13. Filing Chapter 7 is only available to debtors who can provide evidence that their income is lower than the average income in their home state. If successful in proving such, then their assets are liquefied to at least partially pay the debt, after which their remaining debts may be discharged. Individuals unsuccessful in proving a lower than average income must file Chapter 13.  This awards the individual a chance to regroup and establish a plan to repay creditors, but under the supervision of a bankruptcy court.

What to Expect When Filing Bankruptcy

One of the most common misconceptions is that filing bankruptcy automatically requires you to go before the judge. In reality, some issues get resolved before they ever land in a bankruptcy court, and even those that do not resolve issues typically only require you to testify if there are extenuating circumstances.

In general, those filing Chapter 7 bankruptcy experience less courtroom headaches due to the cut and dry nature of the procedure. Still, debtors should plan on an average of four to six months before the filing is resolved. Individuals filing Chapter 13 bankruptcy must make plans to repay creditors. The plan must be approved by the bankruptcy court, including the time period for the payment plan, which is usually within three to five years.

What to Expect in Bankruptcy Court

As already mentioned, there isn’t always a need to appear before a judge in bankruptcy court.  However, both debtors and creditors may find a need to head to the courtroom, and in these cases it is helpful to know what to expect in advance.

A large percentage of the reasons debtors end up in the courtroom is because an official motion is needed. These motions run the gamut of everything from extending or lifting an automatic stay to approving additional debt.

Debtor’s motion to extend an automatic stay.  If your previous case was dismissed and you seek to file a new case, it may be necessary to ask the court’s permission to extend this order that protects you from creditors. The term motion may be a little misleading here because it is not enough to simply make a motion. In a judge’s presence, the debtor is also required to address the previously dismissed case, any change in circumstances, and how extending an automatic stay will benefit their bankruptcy situation.

Debtor’s motion to approve additional debt.  When filing Chapter 13 bankruptcy, the multi-year plan for payments generally does not allow for major unexpected costs such as cars breaking down or even health scares. If those emergency situations arise, debtors may need to seek the court’s approval to accrue additional debt.

Creditor’s motion to lift an automatic stay.  Even when a debtor is protected from creditors by a legal order, they are generally not protected from debt that is for property being used as collateral, such as a mortgage or car. If the debtor’s payments on those items were to lapse, creditors can ask for the court’s approval in lifting the debtor’s automatic stay, which usually results in repossession or foreclosure. The debtor is allowed a rebuttal, but it would have to be strong to defeat the creditor’s motion.

The breathing room that filing for bankruptcy provides can sound rather attractive if you are drowning in debt. However, filing bankruptcy is not something to take lightly as it can have damaging long-term effects such as being listed on your credit history for a minimum of seven years, which could make rebuilding your life or business a challenge.

In addition, many of the motions listed above can make or break a case depending on the outcome. In the case of a creditor filing a motion to lift an automatic stay and/or the case of a motion to dismiss the debtor’s case, the debtor is allowed a rebuttal before the court decides the outcome. With the success or defeat of these motions hinging on a solid rebuttal, many debtors prefer to be represented by an experienced bankruptcy attorney with a proven record in this area.

With the stakes so high, it often makes sense for a debtor to seek the legal counsel and guidance of a respectable and accredited attorney. Be sure to work with a reputable debt relief attorney that has plenty of experience in bankruptcy court.